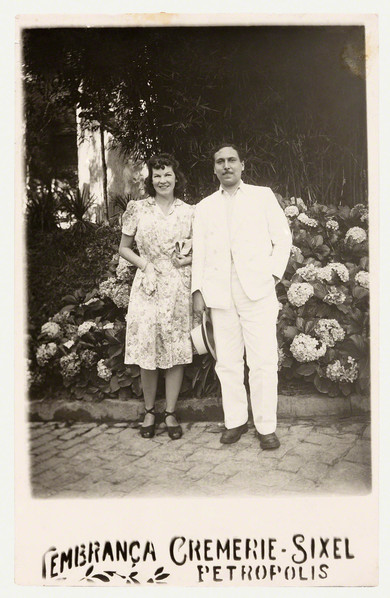 Dana and Ulrich Becher finally left Switzerland in 1941. They emigrated to Brazil as part of a group of 48 persons whose flight had been organised by Hermann M. Görgen and Dora Schindel. However, they only saw Brazil as a stopping point on their way to the USA. They had tried – in vain – to find a way to enter the USA even before they left Switzerland.

While in Brazil, the Bechers lived in Teresópolis, where they spent the majority of their time along with shorter stays in Juíz de Fora, Rio de Janeiro, São Paulo and Campos do Jordão. Becher had very little opportunity to publish his work, not least because all German-language publishing and publications had been forbidden since Brazil entered the war in 1941. It was not until later that the impressions left by the country, its culture and vegetation found expression in Becher’s writing.

From Brazil, the Bechers continued their efforts to reach the USA, where Dana’s parents lived.