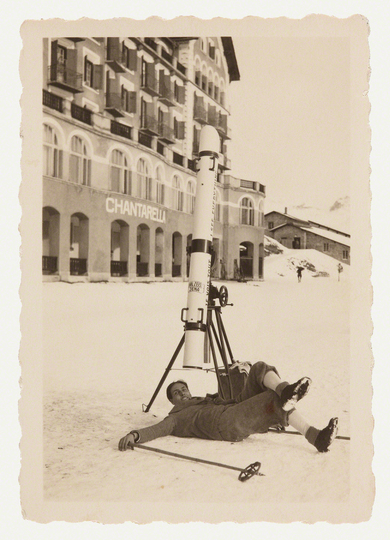 Ulrich Becher spent the first phase of his exile travelling extensively between Graz, St. Moritz, Vienna, Paris, and sometimes even Berlin until the “annexation” of Austria in 1938 forced him to spend a lengthier period in his home country of Switzerland. His work Niemand (Nobody) had been premièred in Bern in 1936. His second volume of prose, Die Eroberer. Geschichten aus Europa (The Conquerors. Stories from Europe), was published by the prestigious Zürcher Oprecht Verlag with a controversial foreword by Ernst Glaeser. However, there were to be no further publications for the time being, even though Becher was enthusiastically working on his novel Der Hampelmann (The Jumping Jack), which tells the story of his grandfather Martin Ulrich. Becher’s family ties with Switzerland were unable to prevent him becoming a victim of Switzerland’s asylum policy, which was tightened in 1940; he was later to take it severely to task in his critical essay In der Alpenkatakombe (In the Alpine Catacomb). In the spring of 1941, Dana and Ulrich Becher emigrated onwards to Brazil. Becher’s main work Murmeljagd (The Woodchuck Hunt) bears impressive literary testimony to his experiences of exile in Pontresina. In the interview, his son Martin Roda Becher talks about how the work was written and received. 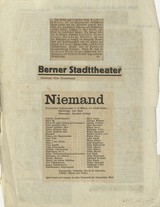