Between Berlin and Vienna 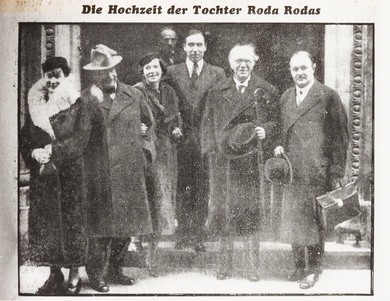 Between Berlin and Vienna

Like many of his colleagues, Berlin-born writer Ulrich Becher left the country shortly after the Reichstag fire at the end of February 1933. Even though Becher’s subsequent statement that he was the “youngest of the burnt poets” at the Nazi book burnings of 10 May 1933 has never yet been verified, it appears that he had no alternative but to go into exile. This was due to his left-wing, anti-Fascist views, his Jewish origins, and not least his artistic connections and friendship with George Grosz, one of the most prominent exponents of what the Nazis condemned as “degenerate art”.

From 1933 to 1938, Becher spent most of his time in Austria and Switzerland. In the autumn of 1933, he married Dana Roda, daughter of Austrian humorist Alexander Roda Roda, in Vienna. On 4 November 1935, Becher wrote a letter to his parents from Vienna in which he still expressed a sense of optimism: “The measures against the Nazis, who have pretty much been eradicated here, are tremendously severe, while the Socialists are now tolerated [...]. Nowadays, Vienna seems to me to be one of the few major European cities in which it is possible to live after having lived in Berlin [...].” Two and a half years later, the “annexation” of Austria would force Ulrich and Dana Becher to flee to Switzerland. 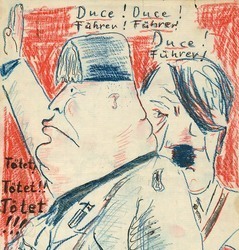