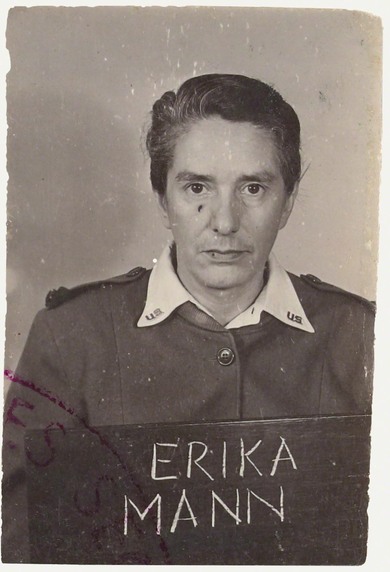 After showing the courtroom what is probably the most complete and shocking documentary film about German atrocities yet, it appeared today that all the defendants in the Nuremberg Palace of Justice had merely been ‘unimportant hangers-on’. Like the rest of their compatriots, they had done nothing, seen nothing and known nothing.

In the summer of 1945, Erika Mann became the only woman permitted to visit Mondorf-les-Bains. The 52 foremost war criminals were interned there in a former luxury hotel. She talked about her “lurid adventure” and reported on the Nuremberg Trials, which began on 20 November 1945, in a number of articles and radio interviews. She travelled all over liberated Germany, saw the destruction in the cities, described the aggressive, despondent mood among the German people. She vehemently criticised the confrontation between the Americans and the Soviets. During the Berlin crisis (1948), she expressed sympathy for the Soviet position. The West German press then accused Erika and Klaus Mann of sympathising with Stalin; the siblings’ attempts to defend themselves from such dangerous libel were in vain.

The changed political climate in the USA of the McCarthy era, the ongoing surveillance and interrogation by the FBI, the cancellation of lecture tours meant the end of Erika Mann's career as a journalist. Appalled and disappointed, she withdrew her application for American citizenship in December 1950. 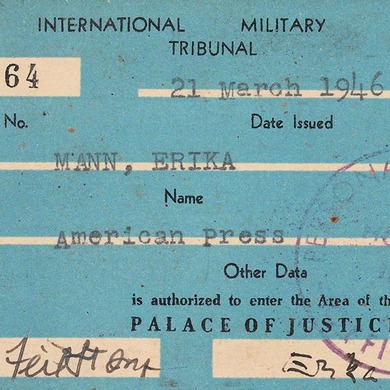