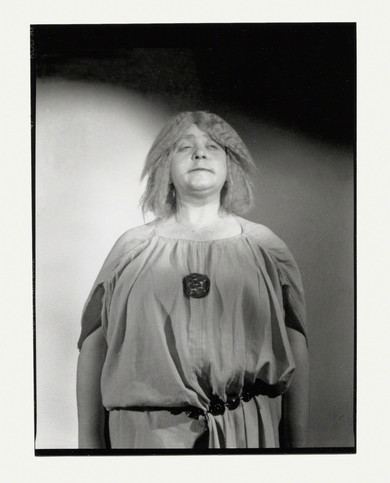 Even in Munich, our activities had not been without risk. But now everything was completely different and our position much more precarious. We were outcasts everywhere – barely tolerated by authorities who saw fit to ban us from any kind of direct political activity. The Nazi Reich around us was too close and too powerful...

After the burning of the Reichstag on 27 February 1933 and the first arrests, Erika Mann and her troupe were no longer safe in Germany. Their exile began in Switzerland. They managed to reopen the Pfeffermühle in Zurich as early as October 1933. Tours of Switzerland, the Netherlands, Luxembourg and Czechoslovakia followed. Until the summer of 1936, Erika Mann’s cabaret gave more than 1,000 performances as a “patrol of humanity along the front of bestiality”. The Pfeffermühle experienced riots, performance bans, censorship and extensive surveillance by police and authorities. 1936 also saw the escalation of a conflict relating to Thomas Mann’s attitude to emigration, which had been smouldering since 1933. It was only after intensive pressure from his daughter that Thomas Mann was able to bring himself to publicly denounce the National Socialist regime. Conditions in Europe became increasingly difficult for the Pfeffermühle. Erika and Klaus attempted to make a new start in America with the “Pepper Mill”, but without success.