It was this incident that opened my eyes. 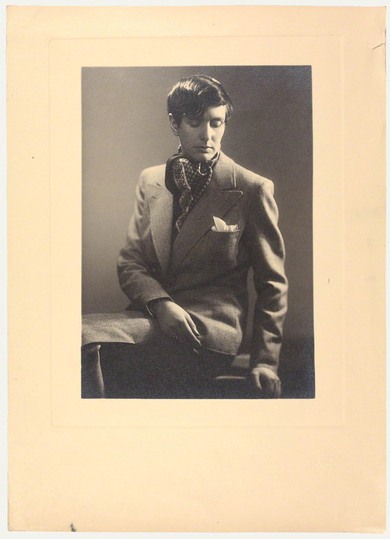 It was this incident that opened my eyes.

If you lived in Germany during the Republic, you were passionately interested in artistic things, in people and foreign countries; “politics” were for the experts, who would use them to bring something tolerably satisfying into being – it was their profession and their duty. That is what I thought, and most of my friends and contemporaries thought the same.

A number of international pacifist women's associations had organised a major rally to take place in the hall of the Münchner Hotel Union on the evening of 13 January 1932. From Munich, a powerful message was to be sent to the Geneva disarmament talks set to take place in February. Erika Mann had been engaged to recite. She later gave a dramatic description of the supposedly life-threatening events that unfolded at the rally. SA Stormtroopers had made vociferous attempts to disrupt the meeting, albeit with little success. This made the press campaign launched over the next few days all the more effective. The organisers were denounced as “a club of contenders for the lunatic asylum” and “pacifist peace hyenas”. In response, Constanze Hallgarten and Erika Mann sued them for libel. Although the editors of the National Socialist press organs were made to pay a fine, the journalistic campaign against actress Erika Mann still made an impact. In consideration of “nationally minded circles” and above all in response to pressure from the National Socialist Kampfbund für deutsche Kultur (Militant League for German Culture), the Bergwald theatre in Weissenburg cancelled a contract that had already been concluded with Erika Mann. Once again, she initiated legal proceedings, which dragged on until well into 1933. Erika Mann was no longer engaged as an actress in Germany.