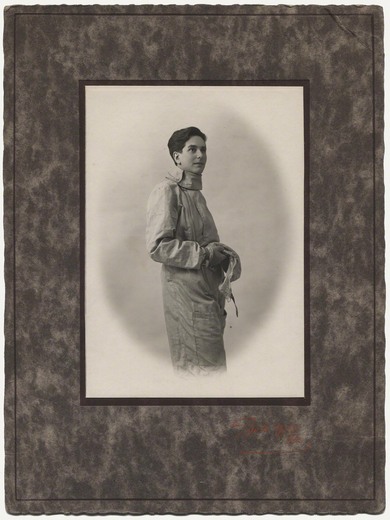 And if I were asked to drive the car up a spiral staircase in front of a large crowd of people while declaiming Mary Stuart and composing a brief report on my “impressions” of this undertaking, I would certainly do it.

Erika Mann studied acting with Max Reinhardt in Berlin; engagements in Bremen, Hamburg, Frankfurt and Munich soon followed. In 1924, she and the other “poet’s children” Pamela Wedekind and Mopsa Sternheim began performing in the scandalous plays written by her brother Klaus, which were directed by Gustaf Gründgens. With her shingled hair and cigarettes, Erika Mann embodied the “New Woman” of the 1920s. She had a passion for travel and fast cars. She had also inherited the “family curse” of writing. In 1927/28, a world tour with her brother Klaus forced her to take measures to improve her finances. From then on, she regularly wrote commentaries and articles “just for the newspapers”. Yet politics and major world events could not be ignored forever; the rise of the National Socialists had been the subject of vehement criticism in Thomas Mann's house for many years. In January 1932, Erika Mann experienced the looming threat at first hand.