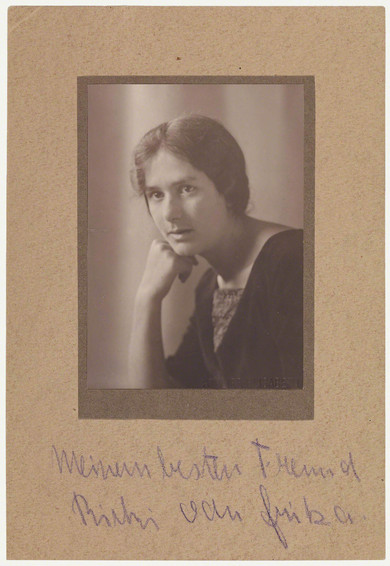 We were a wicked, resourceful horde at the time, the children in our colony; all bound by the closest ties of friendship, all a little neglected as often happened in those days, all thrilled to be living at a time when there was something new and dangerous to be doing every day (ed. trans.).

Born during peacetime into a life of sheltered privilege and accustomed to dealing with celebrities from an early age, the revolutionary winter of 1918/19 saw 13-year-old Erika and her brother Klaus found a theatre troupe known as the Laienbund deutscher Mimiker with children living in the neighbourhood. They performed the German classics in front of their parents and friends. Erika Mann was later to say that she discovered “the theatre as a profession” at this time. However, amid the turmoil of war, revolution and inflation, the Mann children and their gang, the Herzogparkbande, also caused an uproar and outraged the inhabitants of Munich’s Bogenhausen district. Lies, shoplifting and telephone pranks drove their parents to despair. The “wicked, insensitive children” were placed in the care of a progressive residential school – admittedly without much success. Erika returned to Munich just six months later and in 1924 scraped through her Abitur (higher school-leaving certificate) at the Luisengymnasium in Munich.