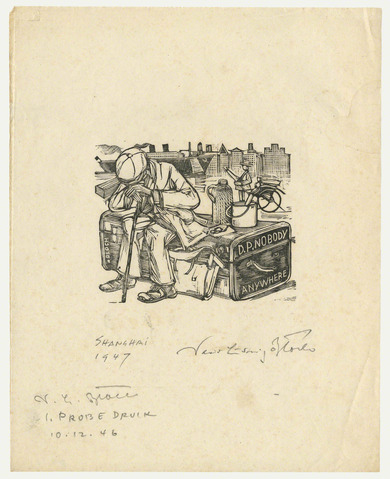 [‘Tis at times to me as if
The heart within me broke.
I yearn sometimes for home.
But for what, I do not know … (ed. trans.)]

What is it we yearn for when we are homesick? Where is home? Is home the place we were born in? Is it possible to find a new home? Can emigrants and those living in exile find a home in exile? A lot of people feel at home in more than one place; they live and work in different countries, speak various languages or have citizenship of more than one country.

When people leave their homeland, because they are forced to by violent circumstances, their sense of loss is immense. It means giving up their familiar living and working environment, their home, village or town, and their country. By losing their right of residence, they also lose all certainty of ever being at home somewhere again. Families are not always able to flee together, and cannot always take their belongings or their money with them. They get separated, and people have to leave behind the books or tools they need for their own art as well as objects they love. When this happens, it is often accompanied by a feeling that something has been lost which can never be found again in a foreign setting. This something cannot be replaced by material objects such as new apartments, houses or belongings. And so, for people in exile, home and homeland take on radically new meaning. The loss of home and homeland as a consequence of being forced into exile is also a subject dealt with in art.

Notions of home and the search for identity are often associated with other connotations, and the term ‘home’ was also exploited by Nazi cultural and racial policy. After the Holocaust and since 1945, notions of home and homeland as well as the process of dealing with cultural or national identity have continued to develop. Contemporary research into exile refers to this when it speaks of transnational identity, thus describing the process of crossing the boundaries between nations, languages or religions.

The issue of home and homeland was one that already interested German author Heinrich Heine in the 19th century, and his work strikes a chord with many people living in exile. Is there such a thing as a home you can take with you, something that is always part of your luggage? And how important is language in making us feel at home somewhere?

In her 2001 speech, Heimat ist das was gesprochen wird (Home is what is spoken there), Nobel Prizewinner Herta Müller emphasised the importance of language for our own identity and for feeling at home somewhere. However, she also pointed out the deceptive sense of security that emigrants often see in the sentence “Language is home” and she countered the political power that language possesses by citing Jorge Semprun who, on talking about the spoken word, said that language is not our home, rather home is what we say when we speak. (Jorge Semprun: Frederico Sánchez Says Goodbye, 1994)