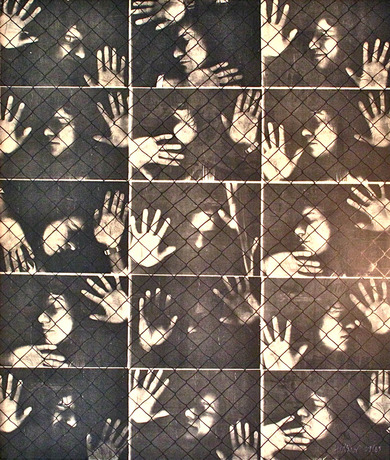 [3 questions: 1) Can I still write about what moves me in Germany? 2) Can I still live in G. without betraying those who can no longer do that, from a moral perspective? 3) Can I sustain myself in G.? (ed. trans.)]

There are different reasons for going into exile depending on the individual fate, but they are usually related to lack of freedom and human rights, suppression and persecution by state authorities. Most of the people who have to leave their home country have been politically persecuted or have even had their lives threatened by a regime. For others, political measures make it impossible to work in their profession, for example, due to racist discrimination. In addition, there are a large number of refugees who have to flee their countries due to armed conflicts and hunger. Today, more than 15 million people are considered refugees as defined by international law.

Artists are also affected by the fate of flight and migration: Art is often critical of those in power and the living conditions in a society.  This makes artists in dictatorial countries a target for state suppression. Others leave their country to be able to realise their own form of art for which there is no audience under the political conditions in their home country. Looking for freedom of expression and options to develop artistically, many artists also come to Germany these days, after the 20th century and in particular the Nazi era had forced an unparalleled exodus of artists and intellectuals.

Immediately after they assumed power in 1933, the Nazis started to centrally control cultural institutions such as museums, operas and theatres, as well as educational institutions like universities and arts academies. Artistic productions were censored, modern and avant-garde artistry was denounced as “depraved”, disliked persons were forced out of their positions and professions. In the spring of 1933, the Nazis already organised several book burnings of works by authors that the regime despised and casted out for racist, political or aesthetic reasons. The Gestapo persecuted political artists who were close to social democrats or communists. Many of these artists and members of these two parties were the first to leave the country.

The Nazi regime used racial discrimination laws to force Jewish artists out of public life and take away their rights one by one. The Nazis denied Jews the ability to create art in general. From 1938, after the November pogroms, many Jews emigrated from the German Reich – for many this was their last chance to save themselves by escaping.

The GDR government also limited artistic freedom: There was no immediate risk to life for those who rejected having their art directed by the state, but the Stasi arrested artists or the state authorities took away their ability to work, e.g. by excluding them from artistic associations, censorship or banning them from their occupations.
Before the Wall was erected, artists and many others left the GDR for the Federal Republic of Germany as the reinforcement of the border made it more difficult to leave the country. Others were expatriated as disliked artists even though they did not actually want to leave the GDR. 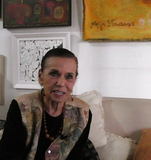