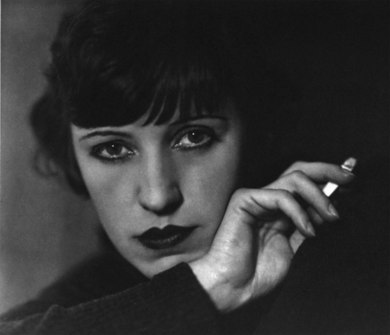 The actress Lotte Lenya, photographed by Lotte Jacobi, 1930
With the kind permission of the Lotte Jacobi Collection, University of New Hampshire, © akg images

The performing arts include theatre, musical theatre, dance, fringe theatre forms like cabaret and some aspects of conceptual art (performance). How do performing artists gain a foothold in other countries, when living in exile means being in another cultural environment where the local language is not their own native tongue? What conditions need to be in place to make a new start in exile? What impact living in exile has on artists who work in the performing arts depends on the one hand on the form of art in question and, on the other, on the circumstances in which they can work and be productive, as well as on public tastes in the receiving country.

While performing artists generally went to Austria, Switzerland or Czechoslovakia during the initial years of Nazi rule, where they did not face any language barriers, only very few of them managed to work with the same degree of success in their original métier. In Austria, there were strong political reservations about engaging actors from Germany. Many therefore used their new place of residence as a base from which they organized individual performances in different cities and countries. In Switzerland surprisingly, a small private theatre soon became a place where well-known emigrated actors, authors, directors and set designers could work and create a good performance programme.

In an exile country like Palestine, where the German language was frowned upon, people who worked in theatre had no option but to learn Hebrew. Only very few managed to continue their careers there. The situation was different in the USA and Britain, where several famous actors living in exile were able to pick up on their successes at home with almost no interruption at all.

However, not only dancers – who had fewer language-related problems practising their art – and actors had to cope with the foreign language, but also choreographers, directors, set designers and authors. When they went into exile, they took with them ideas about directing, certain aesthetics concerning stage design as well as themes that were critical of political and social issues that were often anchored in their native country. While such performances were interesting for an emigrant audience, were often performed in fringe theatres established by emigrants, and could help emigrants assert themselves in the new country and bring them closer together, in the long run they often failed because they did not cater to the tastes of audiences in the receiving country.