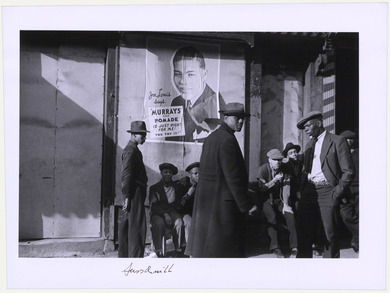 [Yes, we were on the way to become Americans - the same as those earlier immigrants from Russia, Italy or Ireland. But our lives remained as ever tied to our origins, through the terror we had experienced, through habit, anger and custom, through the almost fanatical efficiency with which we dispatched every task, and through the inconceivability with which we heard the reports of the bureaucratic contrivance that made killing in the concentration camps a mere perfunctory duty. (ed. trans.)]

Several immigrants had submitted forms for asylum in the US as early as 1933. However early on, many believed that their exile would be of short duration. Artists initially emigrated to neighboring European countries. The November pogroms of 1938 unleashed a new wave of emigrants. Most European countries had by that time sealed their borders, so by then many emigrated directly to the USA further wave of visa requests followed in September 1938 with the outbreak of war. By this time, difficulties with transit and exit visas hindered immigration into the US.

Although the US was known as a land of immigration and more than a quarter of all German immigrants found refuge there, the immigration law of 1921 set a strict quota for entry visa recipients.  According to the law only a total of 164,667 immigrants dispersed among the US states could receive entry visas. Clerics and scientist were omitted from the quota if they had proof of employment in the US. Those who had no money or the sponsorship of a US citizen had great difficulty in getting an entry visa.

President Franklin D. Roosevelt created an “Emergency Visitor’s Visa Program” that had little success. Due to bureaucratic impediments only 400 of 3,000 prominent Germans received entry visas. In addition to the quotas for entry visas, each immigrant was required to submit an affidavit of support. The affidavit required a US citizen to guarantee the immigrant's deportment in their new country and even to provide financial support if required.

After the attack on Pearl Harbor, December 7, 1941, the US declared war on Japan. Thereupon the Axis powers declared war upon the US on December 11, 1941. After war had been declared, future emigrants from German were seen as possible spies and many immigrants from Germany were checked by the secret service. The mistrust engendered by the domestic scrutiny of the FBI caused many emigrants to return to Germany at the end of the War. Other German artists found good working environments, particularly in New York and stayed in the US.