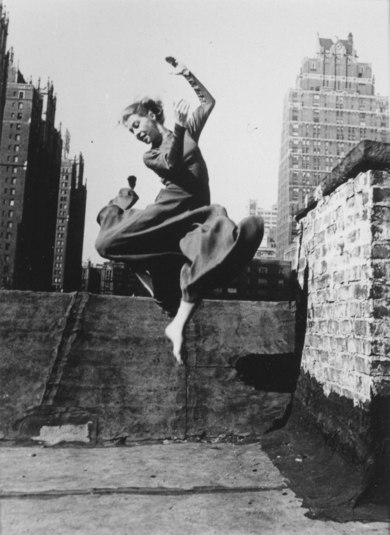 [Twice a week I teach in New York from evening until midnight – in between from 5 to 7 in the gym. [...] you have to do that to keep the body elastic – because New York demands a lot from the whole person – it’s often a really hellish tempo. (ed. trans.)]

For most exiles, the largest city in the USA was their first stop after arrival. The immigration authorities on Ellis Island inspected the papers of all who arrived. Anyone travelling with incomplete documents could be detained on the island for days on end. More than half of the German-speaking refugees who arrived in in the 1930s, around 70,000, stayed in New York. Along with the Jewish emigrants from Germany who transformed whole city districts, such as Washington Heights, many artists also came to the city. Despite the diverse cultural offerings in New York, there were only a few who managed to establish themselves in the city. Few German-language writers managed to have their works published through the New York publishing houses. Their style was generally regarded as too laborious, too ponderous. The successful exceptions tended to be historical novels and biographies from the likes of Stefan Zweig, Franz Werfel and Lion Feuchtwanger.

While Bruno Walter, for example, was both acknowledged and admired as a conductor at the Metropolitan Opera, New York’s Broadway audiences never acquired the taste for avant-garde Weimar style theatre. Brecht’s Drei Groschenoper closed after just 13 performances. One of the few exceptions was Max Reinhardt’s productions, such as the oratorio The Eternal Road which premiered in 1937, with music by Kurt Weill. The experience of visual artists was highly varied: while Georg Grosz made ends meet by giving drawing lessons, another painter, Max Ernst, continued to take part in exhibitions on the international art scene.

New York was, in every regard, the cultural capital of American exile. It was there that many German scientists and journalists conducted their work and it was there too that the largest, most important German-Jewish newspaper was published: Der Aufbau. 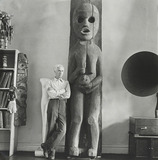