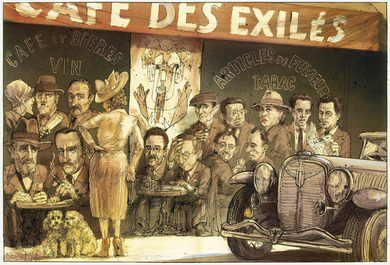 Many of the artists who stayed in Europe during the Hitler regime initially resided in France. On account of its liberal asylum policy, France had been seen as a traditional destination country since the 19th century and over 20,000 emigrants fled to France in 1933. Various aid organisations, such as the American Emergency Rescue Committee, helped the emigrants in France.

France’s foreign affairs policy initially aimed to have a system of “collective security”. Individual contracts with non-fascist states were intended to isolate Germany. France did not intervene when, on 7 March 1936, Hitler sent troops into the Rhineland in Germany, which had been demilitarised by the Treaty of Versailles. And during the start of the Spanish Civil War in 1936, France maintained its policy of non-interference. On 3 September 1939, France declared war on Germany as a result of the mutual assistance pact with Poland.

The internal politics of the Third Republic of France were marked by the effects of the Great Depression. Unemployment, deflationary policy, mass strikes and the resulting conflicts in internal politics caused foreign policy to become increasingly restrictive. Although in 1933 France had verifiably granted residence to the largest number of refugees from Germany, conditions were increasingly restricted in the following years, especially after France entered the War in 1939. It was only during Léon Blum’s brief period in office between 1936 and 1937 that the number of entry visas issued rose again. In 1938 and 1939, emigrants were often deported to Switzerland or Belgium. In many cases, the granting of residency was dependent on a work permit. However, only people with a French passport could obtain a conventional work permit: a paradoxical situation for the emigrants. Workers were needed in the agricultural sector, and this made it easier to obtain a work permit here.

In 1938, the French government secured the legal option to intern emigrants. After France entered the War, German emigrants were interred as “undesirable foreigners”. At the latest when the German campaign in the west began in 1940, many Germans began looking for a way to leave. Thus, France became a transit country. 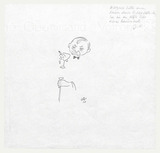