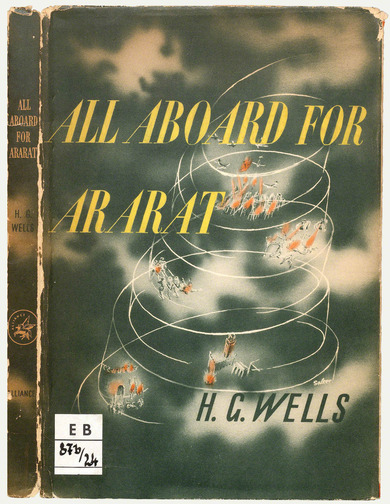 [The books produced in exile were to comply with the quality standards that those in exile brought with them from Germany. In this way, not only literary productivity, but also the quality of the book design thus took on a political dimension [...]. (ed. trans.)].

A varied culture of book design evolved in Germany in the first third of the 20th century. Font designers, book cover designers and illustrators with different styles and from different design schools took a lively artistic approach towards the overall presentation of a book, typography and cover design. After the Nazis came to power, many of them were forced to go into exile. How did this process of exile impact on the aesthetics of book production?

A lot had to do with what country a book artist had found asylum in as well as the economic and political circumstances there. Exile publishers in countries like Mexico or Palestine had to work under very unfavourable conditions and it was not possible for them to present books with designs that were elaborate or technically demanding. The situation was different in the Netherlands, England and the USA and conditions there were much better. Established publishing houses in these countries also provided opportunities for emigrated book designers.

No matter whether the books in question were simple or elaborate in their design, for those involved it was vitally important to maintain in exile the high artistic quality they had been used to in the Weimar Republic. It is here above all that we encounter the political aspect of book design in exile. With the exception of political literature or literature that was directed against the Nazis, book design was not in itself political as the majority of consumers were also not political. Most of the German-language books released by exile publishers until 1938 were not sold to emigrants, but in Austria and Czechoslovakia, Switzerland and the Netherlands.

Can one say that there is a book design specific to exile in artistic terms? Book expert Ernst Fischer maintains that there was no such thing as a form of book presentation that was characteristic for exile. What exile did do, he says, is make designers hang on more to what was familiar, to the beauty of the book – a beauty in which a book culture that had been driven out and destroyed by the Nazis sought to express and asserts itself. (Buchgestaltung im Exil 1933-1950, p. 49)