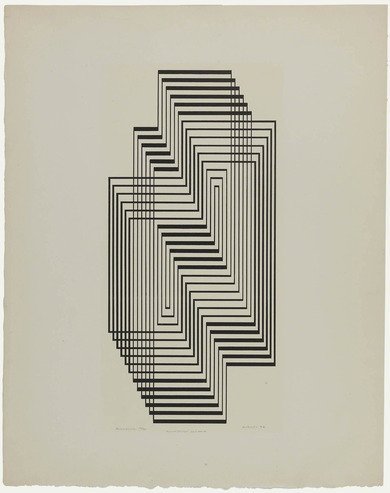 [We have already been three years in Paris; we are gradually starting to find more decent work: a poster, photos, an exhibition stand, book covers for books banned and burned in Germany and now being republished in Paris by emigrant publishers, drawings or illustrated statistics. (ed. trans.)]

Jean Leppien in his autobiography, 1987

In addition to more than 5,000 paintings, over 12,000 graphics, i.e. works on paper, were confiscated from German museums as “degenerate art”.

In was possible to create graphics in exile even under the difficult conditions and with limited financial resources. A wide audience could be reached by using printing techniques to replicate the graphics, especially by using the cost-effective processes of woodcut, engraving, linocut and lithography. While paintings and drawings could be created in private homes, the production of printed graphics often required workshops and available printing facilities. Artists and employers could also forge contacts with other artists and employers in these places.

The income that commercial graphics brought in for emigrant artists cannot be underestimated. Emigrant graphic designers often worked with publishers and advertising agencies, or they designed posters or illustrations and caricatures for the press. It was not rare for them to be part of the core staff of exile newspapers such as Simpl in Prague, Aufbau in New York or the Europe-wide Die Zeitung.

The employment situation for emigrant graphic artists varied in different countries of exile. In the US, graphic artists found an existing market for book illustrations and various opportunities for applied graphics. On the other hand, in the more conservative British market, German graphic artists found it harder to become established. Palestine was practically a blank slate in terms of artistic tradition.