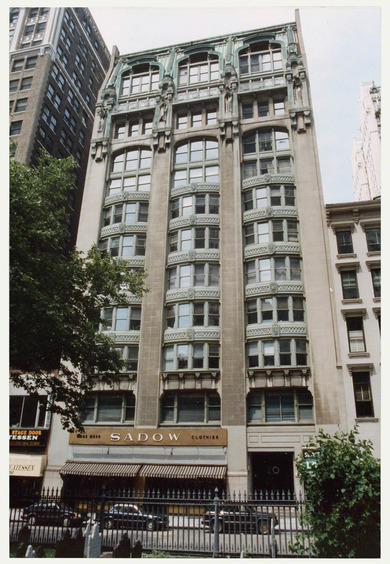 [This is the only way we can hope to initially win back the lost territory outside of Germany and prove to the German population in the peripheral states that the true German culture is not identical to the propaganda being produced in Berlin, and ultimately this may have an effect on our brothers who have gone astray in Germany. (ed. trans.)]

The American Guild for German Cultural Freedom was an aid organisation for German artists and intellectuals. Prompted by Prince zu Loewenstein, it was founded as part of the Deutsche Akademie im Exil [German Academy in Exile] in the USA in 1935. Loewenstein, also an emigrant, had already made all the organisational arrangements in London to ensure that the numerous artists, scientists and academics who left Germany in 1933 were able to continue their work in exile. The President of the Academy’s literary section was Thomas Mann, while Sigmund Freud was Chairman of the scientific section. The Academy’s job was to provide exiled writers, artists, scientists and academics an intellectual and practical base.

The American Guild awarded working scholarships and helped find publishers and translators so that German-language works could be distributed; the aid organisation regarded such activities as the main aspect of its work.

The list of those who received a scholarship from the American Guild for German Cultural Freedom is long and the 160 artists and writers on it include names such as Bertolt Brecht, Hanns Eisler, Lion Feuchtwanger, John Heartfield, Soma Morgenstern, Robert Musil, Joseph Roth and Anna Seghers.

The work of the American Guild for German Cultural Freedom depended a great deal on donations, which were collected with the help of fundraising dinners and appeals. Book and manuscript auctions provided a more moderate source of income. When donations started to decline in 1940, the Executive Committee of the American Guild decided to cease the organisation’s work. There had also been internal disputes about how the Guild’s literary competition had been run. The last official board meeting of the American Guild took place in January 1941.

The zu Loewenstein family transported the complete archive of the American Guild for German Cultural Freedom to Germany upon their own return in October 1946. It can be found today in the German Exile Archive 1933-1945 of the German National Library in Frankfurt upon Main and consists of around 28,000 documents.