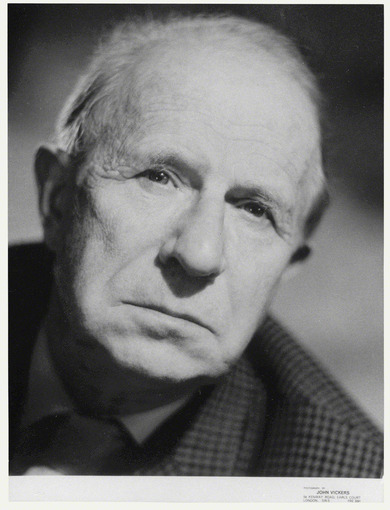 From Leipzig to London

The November pogrom of 1938 and losing his job at the Leipzig Academy because he was married to a Jew prompted painter Hellmuth Weissenborn to flee into exile. At the start of 1939 he arrived in London where he was financially supported by his wife, who had remained in Germany. He found the company of other exiled artists in organisations such as the “Freier Deutscher Kulturbund” [Free German Cultural Association].

At the start of the war in 1939, exiles were classified as “enemy aliens”. Guarantees given by friends saw him being classified in category C as a “friendly alien”. Nevertheless he was still interned for 6 months in Hutchinson Camp on the Isle of Man. During this time, he not only worked in the camp kitchen, he also took an active role in the cultural life of the camp. He printed decorative invitations to concerts, concert programmes, postcards and the camp newspaper. He also created works reflecting his situation with picture motifs of the camp. Materials he could not come by were improvised: he found left over linoleum in the attic of house no. 28 (kitchens) and mixed printing ink from margarine and graphite.

His marriage broke up during this time and his wife and son emigrated to America. From the 1940s onwards, Weissenborn worked as a book illustrator, freelance graphic artist and guest lecturer at the Ravensbourne College of Art until 1970. In 1946 he took over the Acorn Press publishing house together with his second wife. The company published limited editions of his graphical work in portfolio and book formats.