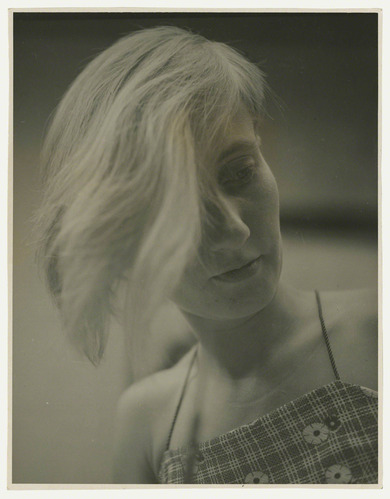 A non-Jewish atheist in Palestine

[You must not give up photographing under any circumstances. (ed. trans.)]

Hannah Arendt in a letter to Ricarda Schwerin, 1974

At the age of 18, Ricarda Meltzer took up her studies at the Bauhaus in Dessau in the summer semester of 1930 with the goal of becoming a photographer. After finishing the preliminary course, she continued her education in the photo class of Walter Peterhans, among others.

Due to health issues, Meltzer was put on leave and in January 1932 she was not allowed to resume her studies: like most students with communist ambitions, Ricarda Meltzer was banned from the Bauhaus in the same year and was forced to leave the art school without a degree.

Following her two years at Bauhaus, Meltzer and her partner Heinz Schwerin moved to Frankfurt am Main to study there at the academy for applied art. After that, the couple fled to Prague when Schwerin was arrested for illegally distributing Communist propaganda. In Prague the set up their advertising agency “Hammer und Pinsel” (hammer and paintbrush).

From there they continued their emigration to Switzerland and then to Hungary, where they married in Pécs in 1935. In August 1935 the Schwerins fled to Palestine.

From 1936, Ricarda and Heinz Schwerin built wooden toys in their workshop Schwerin “Wooden Toys“ and thus built a new life.

After Heinz Schwerin's death in 1948, Ricarda Schwerin founded a private nursery for refugee children and worked as a photographer from the mid-1950s onwards. In Jerusalem she worked together successfully with the German emigrant Alfred Bernheim – her later companion – in his photo studio for almost 20 years. In 1969 they published the picture volume Jerusalem – Rock of Ages together; Schwerin also contributed photos to the children's books Sippurim LeNivi (Stories for Nivi) and Nono.