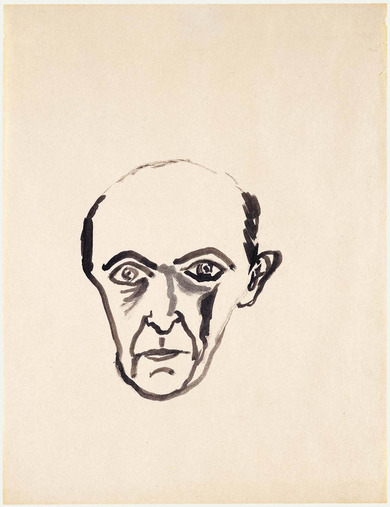 Composer as a calling – teacher out of passion

[Professional envy is much worse here than in Europe and even the smallest teacher of harmonics sees me as a rival and would like to get rid of me. (ed. trans.)]

Arnold Schönberg had his first successes as a composer in Berlin from 1902 onwards. He earned a modest living as a teacher of music theory. Alban Berg, Anton von Webern, Hanns Eisler, Rudolf Kolisch and Eduard Steuermann were among his well-known students.

Schönberg fled with his wife and one-year-old daughter Nuria to Paris on 16 May 1933, after his brother-in-law Rudolf Kolisch had sent the family a warning telegram. Berlin’s Akademie der Künste had already informed Schönberg in March 1933 that his presence was unwanted in their circle. He emigrated with his family in October 1933 on board the Île de France, leaving from Le Havre and sailing to New York. A former cellist from the Berlin Philharmonic Orchestra, who had also emigrated, offered Schönberg a job at his newly-founded private conservatory in Boston. As Schönberg also had students and conducting assignments in New York, he initially commuted between the two states, which had a bad effect on his poor health. It was for this reason that he settled on the West Coast in the autumn of 1934. There he met a number of acquaintances again, among these the conductor Otto Klemperer, who became an important mentor for him. Klemperer arranged performances for Schönberg as a conductor and actively supported his compositions.

Schönberg’s music had already caused some controversy in Europe and tastes in the USA were also conservative, and so he wrote relatively little twelve-tone music while in exile. He became acquainted with the composer Paul Dessau in New York and also met Thomas Mann in California. Like previously in Europe, Schönberg also earned his living in the USA as a teacher of music theory and composition. One of his most famous students was John Cage.