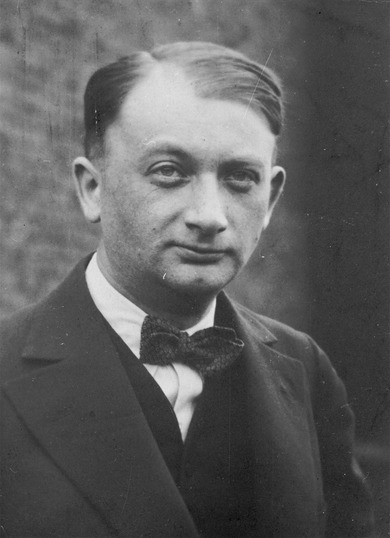 [One confuses the “devised” with the “construed”. To “devise” also means to “observe”, to “discover” something. Long live the poet! His work is always documentary in nature. (ed. trans.)]

Joseph Roth in the newspaper Frankfurter Zeitung on 21 March 1929

Joseph Roth was a storyteller and the story he narrated most often was his own biography. Reality was what he wrote about. His literary and journalistic work consists of newspaper articles, satirical commentaries, travel reports, feature articles, novels and short stories. He is seen as one of the best-known journalists of the 1920s, known as a precise chronicler, successful novelist and active opponent of Nazism.

Roth grew up in Austria-Hungary, studied in Lviv and Vienna, and was a soldier in World War One. He began working as a journalist in 1919 for various newspapers and magazines in Vienna, Berlin and Prague as well as the Frankfurter Zeitung. His novel Das Spinnennetz first appeared in left-wing Viennese newspaper, the Arbeiter-Zeitung. Many of his novels deal with the loss of homeland and the experience of being uprooted. Roth was banned from publishing from 1933 because he was Jewish. He left German for good and continued to campaign actively against the Nazi dictatorship while in exile. Roth lived for the most part in Paris hotels, but the majority of his time was spent in Café Le Tournon, where he surrounded himself with an “entourage”.

While living in exile, Roth was actively involved in refugee aid organisations, for example, Entre' Aide Autrichienne. He also maintained close contact to Stefan Zweig, Ernst Toller, Egon Erwin Kisch, Soma Morgenstern and Irmgard Keun. A severe alcoholic, Roth was clearly affected in his last years by the political circumstances and by having to live in exile. He did not live the see the outbreak of World War Two, dying on 27 May 1939 in Hôpital Necker, a Parisian hospital for the poor. 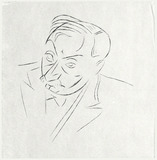