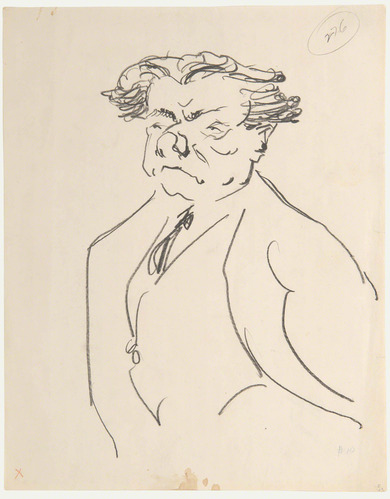 The actor and director Max Reinhardt founded the theatre Salzburger Festspiele in 1920, ran several theatres in Berlin and was artistic director of Vienna’s Theater in der Josefstadt from 1924 to 1933. A great many actors performed there after 1933 who, like Max Reinhardt himself, no longer wanted to or were allowed to perform in Germany. When Reinhardt stepped down as theatre manager in Josefstadt he was 60 years old, but he still continued to work as a director. His last direction work in Europe was for the drama In einer Nacht by the writer Franz Werfel; the piece premiered on 5 October 1937.

A few days later Max Reinhardt emigrated with his wife, the actress Helene Thimig, to the USA. He had been preparing his emigration since 1935 and had already had several guest appearances in the USA. In 1935 he directed the Hollywood film A Midsummer Night’s Dream based on the play by William Shakespeare; the music by Felix Mendelssohn Bartholdy was arranged by composer Erich Wolfgang Korngold. Max Reinhardt had already become a member of the European Council of the American Guild for German Cultural Freedom in 1936.

He initially lived and worked in Hollywood, setting up a successful academy there, the Workshop of Stage, Screen and Radio. This was based on the acting schools he had formed in Vienna and Berlin. Reinhardt received American citizenship in 1940 and, in 1941, moved with his wife to New York. He died a few weeks after his 79th birthday following several strokes.