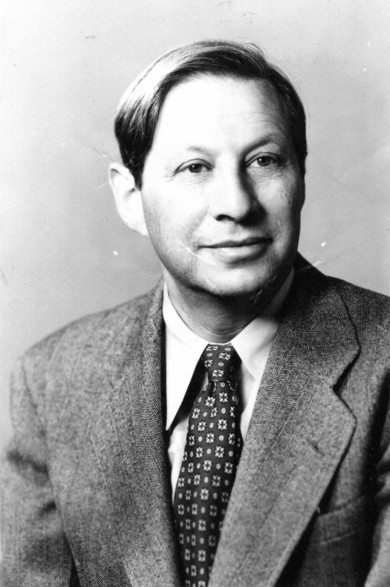 [Did we escape? Did we get away? Have we lost the paradise of our youth? (ed. trans.)]

Alfred Neumeyer, who later completed a doctorate in art history, felt a calling as an author during his youth. In the beginning he felt drawn to both fields in which he had talents and devoted himself to them in parallel: In 1931 he started work as a private tutor for art history in Berlin. In 1932 his novel Nourraine der Geschichtenerzähler [Nourraine the Storyteller] was published as a serial in a newspaper. After seizing power, the Nazis oppressively restricted the fields of activity of the young, Jewish academic to the extent to which he saw himself forced to leave Germany.

A recommendation from a friend resulted in his appointment at Mills College in California as a lecturer in art history and museum curator. Neumeyer's position on the American west coast in the following years allowed him to promote the works of artists who had already emigrated or who were interested in emigrating. During his career he worked together and encouraged artists such as Lyonel Feininger, Oskar Kokoschka and Josef Albers.

Neumeyer continued his literary career in exile, even though his main focus was on art history. In 1939 his novella Laurel Valley was published in Thomas Mann's Swiss exile magazine Mass und Wert [Measure and Value]. A collection of novellas was published in 1948. In this volume the protagonists are subjected to vagaries of fate in a similar way that exiled authors had experienced. By the time of his death in 1973, Neumeyer had not been able to finish his novel about the painter Matthias Grünewald. However, he did leave behind his autobiographical work Lichter und Schatten [Lights and Shadow] – a poignant account of his life, ending with his exile in the United States in 1935.