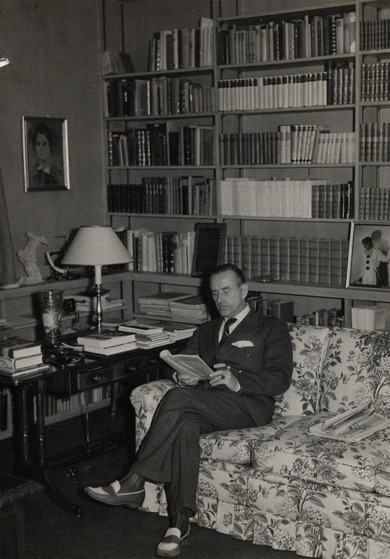 Power and Ineffectuality of the Nobel Laureate for Literature

[It [living in exile] is hard to bear. But what makes it easier is the realization of the poisoned atmosphere in Germany. That makes it easier because it’s actually no loss. Where I am, there is Germany. I carry my German culture in me. I have contact with the world and I do not consider myself fallen. (ed. trans.)]

With widely read novels like Buddenbrooks (1901) [Buddenbrooks (1924/1993)], Königliche Hoheit (1909) [Royal Highness (1916)] and Der Zauberberg (1924) [The Magic Mountain (1927/2005)], the later Nobel laureate Thomas Mann had gained a reputation in the first three decades of the 20th century as being, in the view of Marcel Reich-Ranicki, "the greatest stylist of German since Goethe’s death". The son of a merchant and senator from Lübeck, for a long time he presented himself as an apolitical writer, but transformed in the 1920s, moving away from conservatism by increasingly becoming an advocate of the Weimar Republic. With an address held in Berlin in 1930, the younger brother of Heinrich Mann critically discussed the growing Nazi movement for the first time in his Deutsche Ansprache. At the urging of his children Erika and Klaus Mann, among other reasons, he did not return to Germany from a European lecture tour begun in March 1933. Mann found a new domicile in the Swiss community of Küsnacht near Zurich, where he continued his work as a writer without interruption. His works continued to be published in Germany until 1936, then in exile publishing houses in Austria and later in Sweden. His expatriation in December of that same year was preceded by two dissident open letters written by Mann and sent to the Neue Zürcher Zeitung and the University of Bonn. As a consequence, he lastingly came to terms with what he perceived as a painful loss of home.

Concerned about the geographical vulnerability of the situation in Switzerland, Mann and his family emigrated to the USA in 1938, where they ultimately took up residence under comfortable conditions in Los Angeles, California. From November 1941 until the end of the War, the writer appealed to the people of his native country with his own anti-Nazi radio broadcast series: Deutsche Hörer! [German listeners!] was produced for the German channel of the British BBC. After recovering from a bout with lung cancer and completing his late work Doktor Faustus (1947) [Doctor Faustus (1948/1997)], Mann – who had meanwhile become an American citizen – spent the last three years of his life in the Swiss town of Kilchberg. He refused to return to his estranged Germany.