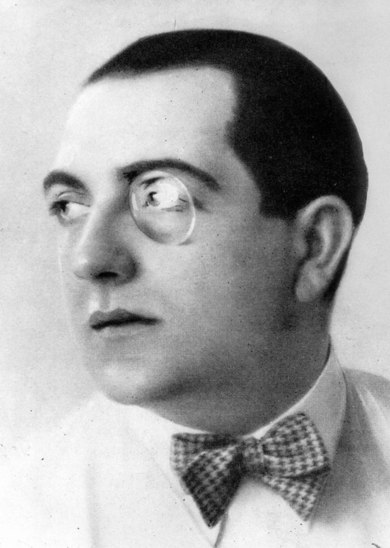 Director Fritz Lang around the time of the filming of The Testament of Dr. Mabuse, circa 1933
Archiv des Deutschen Filminstituts – DIF e.V., © Nero Film

I was called to Goebbels […] to be told by the Reichspropaganda minister to my surprise, that Hitler had instructed him to offer me the leading post in the German film industry. […] I left Germany the same evening.

In 1908, the 18 year-old Fritz Lang switched from architecture to art. He wanted to be a painter, and in 1913 moved to Paris. When he could afford it, he went to the cinema. After being wounded in the First World War, he began to write screenplays. He became an actor and, in the midst of the Spartacist uprising in Berlin in 1919, he received his first chance to direct a film himself. After his marriage to scriptwriter Thea von Harbou, Lang acquired German citizenship and in the 1920s created the classics of German film Metropolis (1926) and M (1931). The Testament of Dr Mabuse was banned by the Film Review Office before its première on 29 March 1933.

After his meeting with propaganda minister Goebbels in early April, in which he was allegedly offered the “leading post in the German film industry”, Lang left Germany. However, there is no indication, that he left Germany hastily, as the story he afterwards spread, suggests. Rather it can be assumed, that he first stayed in France, England as well as Germany and went into exile in Paris in Summer 1933. There he filmed Liliom before moving onwards to the US in summer 1934 and becoming a US citizen in 1935. After some initial difficulties – he, the detail-obsessed European “auteur” was regarded as arrogant and aloof – he filmed in Hollywood: Westerns, thrillers, several films noirs as well as anti-Nazi films – the latter among others with Bertolt Brecht, Hanns Eisler and Alexander Granach.

In the 1950s, Lang attempted to follow up on his earlier successes in Germany. He lived in Germany for some time and made some financially successful films, which, however, were artistically disappointing for him. He returned to the USA. Half-blind, he played his last film role in Jean-Luc Godard’s Le Mépris (1963).