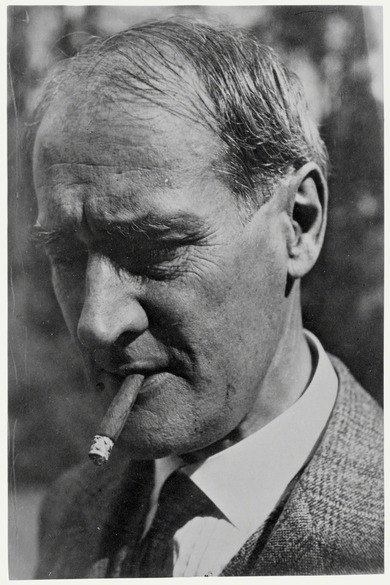 [I feel 25 years younger now that I know that I am travelling to a country where imagination in the arts and abstraction are not considered an utter crime, like they are here. (ed. trans.)]

Lyonel Feininger in a letter to his son, Theodore Lux Feininger, dated May 31, 1937

Leaving Germany was hard for Lyonel Feininger. On June 11, 1937, shortly before his 66th birthday, the painter boarded the Europa steam ship with his wife Julia. They departed from Bremerhaven and set sail for the USA. He would never see his adopted homeland of Germany again.

Born in New York as the child of German emigrants, Feininger travelled to Germany in 1887 to begin his university studies. After being issued with a summons by the Nazi authorities in 1937, Feininger received an invitation to work at Mills College in Oakland, USA. One year prior to this, he had taught a summer course at the same institution. This second invitation was from the emigrant art historian Alfred Neumeyer. Although Feininger delayed his emigration for a considerable period, he and his wife Julia, who was of Jewish ancestry, ultimately took the decision to leave Germany.

Feininger lived and worked in Germany for half a century. In 1918 he met Walter Gropius, who would hand Feininger the first “master” faculty position at the Baushaus. Feininger went on to work for the Bauhaus in both Dessau and Berlin. Together with Paul Klee, Wassily Kandinsky and Alexej Jawlensky, he founded the Die Blaue Vier artists’ group. In Germany Feininger, who was considered an “American” artist, stood as a well-renowned figure with a special aura – not least because of his US heritage. Although he also achieved recognition for his work in the USA, he never achieved the fame he was granted in Germany up until the Nazi seizure of 378 of his works from exhibiting museums.