Center for Persecuted Arts in the Solingen Art Museum

Center for Persecuted Arts in the Solingen Art Museum 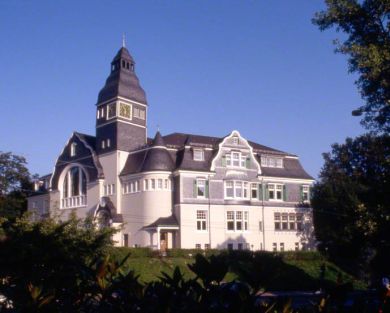 One of the ten best new museums worldwide.  (The Guardian, 2015)

Established in 2015, the Center for Persecuted Arts is the only museum of its kind in the world. It focuses solely on artists whose opportunities for development were blocked, impeded or destroyed by terror and violence. They were victims of the dictatorships of the last century and the totalitarian regimes of the present day. The core of the Center's work is the “Foundation for Persecuted Arts – Else Lasker-Schüler Center – Gerhard Schneider Art Collection”. The collection mainly focuses on artistic and literary works that reflect the political and social events between 1914 and 1989. The Foundation now has more than 3,500 objects at its disposal: pictures, books, journals, documents, photos.

The collection of the “Foundation for Persecuted Arts” encompasses works dating from the outbreak of World War I through the subsequent revolution, the social tensions of the 1920s and 1930s, the Nazi era, including a separate focus on “degenerate art”, to the consequences of the division of Germany and the position of art in the GDR.

In its permanent exhibitions, the Center not only shows art and literature but also invariably displays the biographies of the artists. The collection therefore plainly shows how great the transformative potential was and the sheer diversity of art in Germany during the first decades of the last century. Here long-lost artists and poets are rediscovered. The Center is dedicated to raising awareness of this neglected branch of artistic and literary history and the people behind it.